UFC welterweight champion Kamaru Usman speaks with Megan Olivi before his title bout vs. Jorge Masvidal at UFC 251. Usman credits Masvidal’s toughness but explains why he believes he has the upper hand. Jon Anik and Michael Bisping discuss the rivalry that has developed between the two fighters since their incident at Super Bowl radio row.

Kamaru Usman explained that I have to remind Jorge Masvidal he’s a .500 fighter and the fight is likely to end within 25 minutes.

Kamaru Usman started off saying that, "it's a lot of it was a lot of pivoting as far as mentally. That's all it was for me because the way I fight anyways in a way that I trained for each fight, I leave no stone unturned in preparing for my opponent. So it doesn't matter what their wrestler they're grappling their Striker. I work on every single facet of the game to make sure I'm up to card everything and so it just had to be a mental switch because I'm prepared to go in and fight a dog like the other Burns and then I get a call that hates asking switched around now you have to fight or hate muscle belt so, you know Jorge's a tough tough tough opponent is a big bad opponent and next guy in front of me and I want to go in there tomorrow night not to take care of business".

Megan Olivi: when you assess your hands an opponent. I mean, what stands out for you?

"There's big tough", Usman said, "I mean God has been in the sport for a long long time. Not a lot of people especially as tough as our sport is not a lot of people are able to withstand having so many fights and still kind of being around and hanging around that that top level of competition. And so there's a reason he's been able to continue to do that and still be here. So, you know respect to him in that in that aspect, but you know when he comes to competing against the elite like myself I have to go in there tomorrow night and let him know that he's still just a 500 fighter".

" I know that you want to make a point you want to win an emphatic fashion. So how do you believe you actually do that? But it's that's up to him, you know for a lot of my opponents is up to them if they're tough enough to be able to drag it out drag that beating out for 25 minutes and you know more power to them, but I just don't I know he's a tough opponent, but I just don't see him being able to drag it out for 25 minutes. So I think it's going to stop I think the fight is definitely going to end within 25 minutes", Usman says. 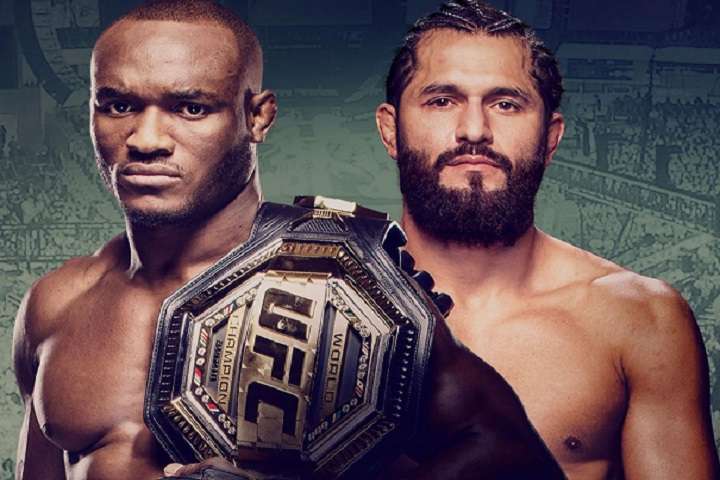 Jorge Masvidal Reveals Negotiating To UFC For Fight At UFC 2...