Sammy Guevara Trends On Twitter For His Clip On Wanting To Rape Sasha Banks, Fans Outrage

AEW Superstar Sammy Guevara is trending on twitter for his joke on wanting to rape Sasha Banks when he was at WWE working as an extra.

An audio clip picked from a January 2016 edition of the Raw's 4th Hour podcast, you can listen to Sammy Guevara talking about being at RAW. He made the following joke about Sasha Banks-

"Bro, Sasha Banks, oh my god!!!, when I was at the WWE the other week. I wanted to just go fu***ing rape that woman", referring to Sasha Banks.

After listing the clip many of his fans are outraged on what he spoke about Sasha Banks.

Recently, we saw an exchange of wisecrack between Chris Jericho & Sammy Guevara and Sasha Banks on twitter.

Sasha Banks took to her twitter and claimed that she and Bayley are even battered than Le Sex Gods which is the famous fiction of AEW including Chris Jericho & Sammy Guevara.

Latter Chris Jericho turned to make the response to Sasha Banks, Jericho added, "Congrats guys, proud of you! But don’t forget to add that you got SMOKED in the all important p18-49 demo (which is what advertisers care about the most) 367k to 264k! You did good...Just not good enough!"

While, there is no response so far from Sammy Guevara.

Re-uploading this so as not to give the guy that focused on his fucking tryout instead of the fact that Sammy Guevara says he wanted to r*pe Sasha Banks any fucking clout or credit when he stayed quiet on this for 4 and a half years.
This is fucking disgusting. pic.twitter.com/dbG7QWErXB

Disappointed seeing fans excuse/defend Sammy Guevara saying "he was just a kid" or "he was joking" when he said he wanted rape Sasha Banks.

22 years old is an adult, not a kid. and RAPE IS NOT A JOKE, esp when you know people with long-term effects due to SOBs raping them. https://t.co/JP4UXX5fOi

Words lose their power when you try to hide them with polite obfuscation.

Sammy Guevara said "when I was at the WWE the other week, I wanted to just go fucking rape that woman (Sasha Banks)."

Sammy Guevara Issues Another Apologizes To Sasha Banks For H... 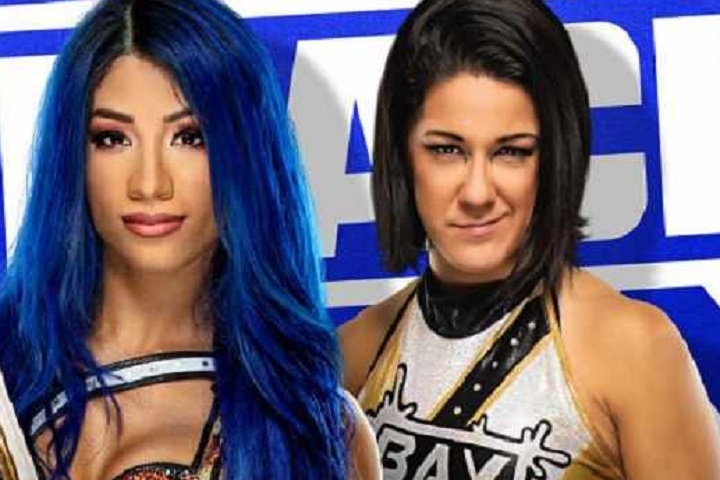