Welcome to Anfostar_Tonigth the NXT Takeover Portland will consist of 4 championship matches and those will be...Rhea Ripley vs Bianca Belair, Keith Lee is set to defend his North American Title against Dominik Dijakovic, The Broser Weights are game to play a mind game with Undisputed Era in a Tag-team Championship match. While Tomasso Ciampa will set his eyes on NXT Title against Adam Cole which is the hight anticipated of the night. Championship Tommaso Ciampa will finally get to reclaim that he had to drop due to his neck injury and never lost. Now he will get to reclaim the title when he challenges NXT Champion Adam Cole tonight at NXT TakeOver: Portland. It will be match of the event at high stake.

A few weeks ago Ciampa made his way out in the ring with a folding table just before he confronted NXT Champion, Adam Cole. Adam Cole went on to collect rest of the Undisputed Era Bobby Fish, Kyle O’Reilly, and Roderick Strong but they were all shown laid out unconscious backstage

Adam Cole made his way in the ring and stood tall with Ciampa which brought Willaim Regal to the ramp with the contract for the NXT Championship match. Regal said that he was going to come down and let Ciampa sign it, but immediately Adam Cole clutches the contract out of Regal’s hand and headed towards the ring, and hit Ciampa with a cheap shot.

Following the destruction, Ciampa's head started dripping off which got him enraged and he hit Adam Cole with a powerbomb through the table and went on to sign a contract which laid beside him by Adam Cole. Later Willaim Regal revealed that Ciampa will be getting the title shot at Takeover: Portland.

Let's see who is gonna take down to whom, when two phenomenal collide in the ring.

Stay sticky with Anfostar to have furthermore information about NXT. 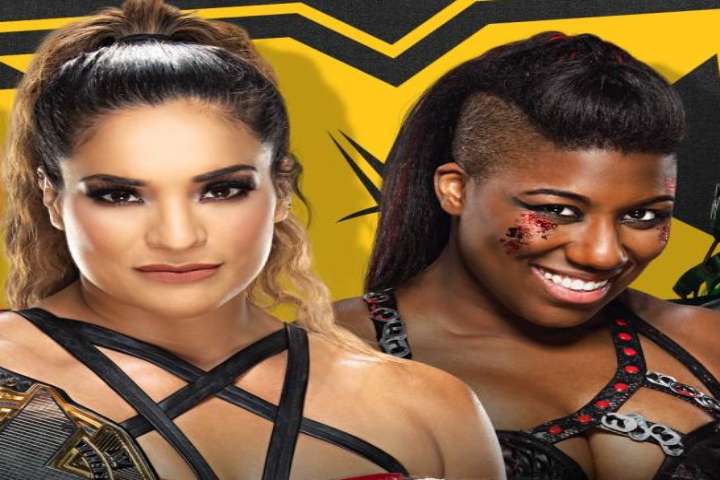 Pat McAfee To Confront Adam Cole Next Week On NXT

Pat McAfee And Adam Cole Gets Final Confrontation Ahead Of T...