Welcome to Anfostar_Well, it all hailed the three words in the whole area that is RKO when he used on Drew Mclntyre. However, the match's result was nowhere to be found as they were distracted by The O.C which possibly put the match on No-result-came-out. The was going on its way to the full excitement, they were instead fighting outside of the ring then to fight in, The Viper was taking the complete advantage on Drew when he hit Drew to the Barricade. After the break, we saw Drew was measuring The Viper when he was on the top rope.

He went on to jump off The Viper but Randy had his eyes on him and instantly made his dropkick on Drew. Both commenced having a fistfight, Orton took Drew to apply DTD and he got it, The Viper went on to have RKO but he was taken to another side by Drew.

He tried to have Claymore on Randy but The Viper turned out to have power slam on Drew, he went to cover but he kicked out on 2 counts. Randy Orton was interrupted by The O.C.

The instant attack took the match in the disqualification of the match. Randy Orton came with Chair to make them out of the ring, they finally stood tall in the ring when every member of The O.C were out.

Randy thought to let it go but did not do it and instead launched RKO on Drew. Drew took the mic to say that he will hit your dame head out of the ring at Royal Rumble, in the breathing way he said he know he has got the RKO and that's what called to the best but he will get to see his Drew Claymore at Royal Rumble when he takes on Randy Orton.

Drew said he prays to God that he and Orton end up in the ring together this Sunday at the Rumble because the Claymore won't come outta anywhere. Drew said he is going to kick Orton's head off his shoulders, in the Royal Rumble and finally, after my time, he is going to main event WrestleMania 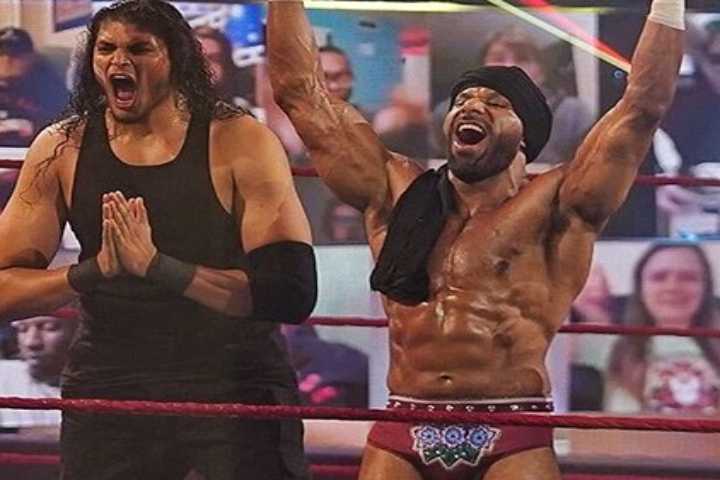