Welcome to Afostar_WWE Now has announced an injury report on Edge who was attacked by Randy Orton last week on Raw when Edge returned after a long time. The suspicion was still to be made that for what shake Randy Orton witnessed this kind of distraction on his best RKO team partner.

A spokesperson from Edge's family reported to WWE that Edge is at home and soon to recover from injury. While it also featured that Randy Orton will approach to the ring to address the audience about his attack of Edge. This is quite going to be interesting for the fans that what Randy Orton has got in the store to tell the fans.

Let's have a full look at what took place last week

There was nothing much roaring then Edge's return to Royal Rumble match where he did stay just before he got eliminated by Roman Reigns. The fans had no place for their craziness as he returned after the 9 years of a long time. After delivering his Royal Rumble appearance he stepped into Raw roster to address the audience.

Immediately, he was confronted by his old RKO partner Randy Orton who actually did not come to shake the hand with his friend but did come to make the harms on Edge when he applied RKO and then eventually went on collapsing Edge's neck for he was forced to leave WWE for constantly 9 years. Fans did not give a subscription to this segment. Following the lots of damages, Edge was stretched out of Arena and reported to witness the injury.

Edge entered the ring and said "you know as a performer, as an athlete, and as an artist, the reaction you gave me last night and the one from tonight, you don't know how that means for him. ' Fans chanted "you deserve it! Edge said, "You damn right he does!" he said 9 years ago he had the neck injury and forced to disappear what if he came back He said he immediately went to work on making what what-if disappear he got to work he got the second injury what if he came back home. He said he saw some familiar faces and some new faces then he went on to take the name of Roman Reign, Randy Orton, Seth Rollins and so on.

Hopefully, he sees all of them down the road. Edge isn't fooling himself, he knows this might not last long and knows it might not last long but he hopes all of the fans join him on the ride. has one thing you can fabricate and shove down someone's throat unless you have it. He was shouted out by his RKO partner, Randy Orton and they hug. Orton said there was one guy who pulled his hand out of a hole years ago while making towns, and it was Edge. Edge is out here talking about what-ifs and he has a what-if he isn't sure about what Edge or the fans will think about this.

Randy Orton offered to reunite with old RKO tag-team Edge, fans chanted yes!! Edge got his favor to be in RKO again but something unbelievable came out when Randy Orton turned to be savage for him as he launched RkO on his own friend Edge. Fans started booing over him but he continued to make his attack on him. he brought a steel chair and hit Edge form his back. he fenced Edge's face into that steel chair and went on the top of the ring post to jump on a settled chair, whole WWE Universe chanted NO!! No!! he stopped himself from doing so but it was more dangerous when he went down to bring one more chair and placed his head on that another one chair and hit Edge ring front of his face. Fans chanted you are an as..le.

Stay sticky with Anfostar to more information about WWE. 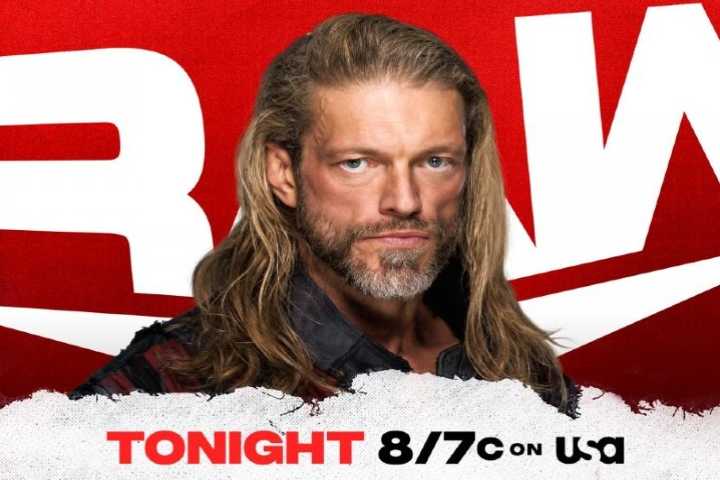 Edge, And Randy Orton Set To Return Next Week On Raw