The Money In The Bank event originally scheduled Sunday, May 10 in Baltimore has been cancelled due to Coronavirus outbreak. The refunds are available at all points of purchase. As we earlier claimed that Money in the Bank has become one of WWE’s most anticipated cards of the year and will be too this year from WWE Performance Center due to Coronavirus Pandemic.

We noted that there is no official statement on location changing but now Baltimore has taken the decision to cancel the Money In The Bank as they took to Twitter to announce the cancellation.

Earlier it was decided that Kairi Sane and Nia Jax will seek their chance for a spot in The Women's Money In The Bank ladder match so, make it come true Kairi Sana headed towards the ring to pick her Money In The Bank Ladder match against Nia Jax. She had some joke in the ring. She was followed by Nia Jax. The bail rang and we saw Nia sending Kairi away from her with the sway of her power.

Nia tossed Kairi out of the ring. Kairi came back in the ring whereby Nia caught her hits and hit her through the apron at the middle of the ring. Nia Jax was looking completely dominant on Asuka and she finally she would have Neck Breaker on Kairi to qualify for Money In The Bank Ladder Match

Below is the full line up for sofar decided competitors for Women's Money In The Bank Ladder Match.

-Nia Jax defeated Kairi Sane to become the new qualifier for the match.

There have been only three competitors for Women's Money In The Bank Ladder Match. 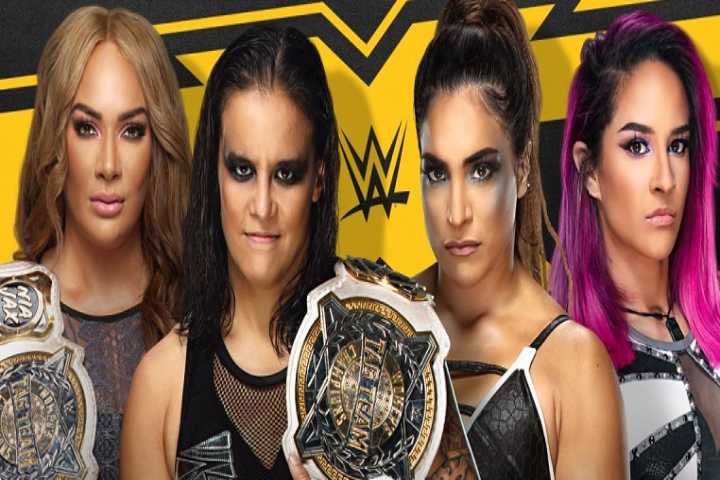 The Week's 25 Best Instagram Photos Of WWE, Asuka Taunts At ...