Tonight Bobby Lashley heads to the VIP Lounge to reveal what happened after last week’s Raw.

Christian also makes his long-time return to Raw this Monday to host a special edition of 'The Peep Show,' with his tag team partner Edge as the special guest on the show.

Raw Women’s Champion Asuka welcomes rematch with Charlotte Flair. The Empress of Tomorrow’s battle with The Queen was cut short by Nia Jax's sudden interface in the match.

Bayley & Sasha Banks set to appear on Raw fresh off Women’s Tag Title victory. Bayley & Sasha Banks won the titles defeating Alexa Bliss and Nikki Cross on Last week's Friday Night SmackDown episode and now they are bring it to Raw which possibly holds a special invitation for someone from Raw.

The Viking Raiders Vs. The Street Profits


The Show kicks off

Cole welcomed us and went to hype tonight's matches.

We kicked the things off with The Raw Women's Champion Asuka for her match against Charlotte Flair. Sasha Banks and Bayley made her way to the ring instead of Charlotte Flair, Asuka was surprised to see them in the ring. They had the mics. The trainees started booing over them. Bayley made them shut bragging to be the champions. Bayley said "last week we defeated Alexa Bliss and Nikki Cross for the Tag-Team Women's Titles. They went make to flaunt about being the champions.

The IIconic also made the way to the ring, now they had the trash talking. Asuka said them to go out. Charlotte Flair called Bayley and Sasha Bank a trash and they attacked Charlotte Flair listening to this. The IIconics also attacked Asuka. Charlotte Flair and Asuka swept up everyone from the ring. They stood tall in the ring for their matchup. After the break, we saw all the superstars fighting at the middle of the ring. WWE turned it into a Tag-Team Triple Threat Match

Charlotte FLair & Asuka Vs. Sasha Bnak & Bayley Vs. The IIconics

Sasha Bank and Royce kicked the things off as for the first, Sasha Bank ran rough on Royce and then took down Asuka from the apron who were standing there for the tag. Sasha Bank made the tag with Bayley, Royce also let Kay come into the ring with the tag. Kay landed the few kicks but could continue the damages as Bayley had her way for the kicks. Kay made the tag with Charlotte Flair, she waved her hand in order to seduce Asuka for the tag but she did not do so as the walked away from the tag. Charlotte Flair took Bayley to the turnbuckle to ambush her. Charlotte Flair looked for the running shot where Asuka tapped from behind to have the tag. Charlotte Flair argued with her. Asuka continued to make send them black and blue.

After the match, Asuka raised her hands out to make the celebration, Charlotte FLair also joined Asuka, Charlotte Flair head towards out of the ring but suddenly, turned to blow Asuka with a shot. Charlotte Flair took the title in her hands and bragged over Asuka.

Rey Mysterio had the warning for Seth Rollins, he made believe that Seth Rollins will have to pay for what he did to him. Seth Rollins interrupted them inviting him and his son to Raw next week. Rey Mysterio said "he is not medically cleared and once he gets consented for the fight, he will be in the ring. Seth Rollins was attacked by Aleister Blackout of nowhere.

Humberto followed the ring and had a suicide dive on Austin, Murphy with a roll to Black, but he somehow broke it, Murphy, with Superkick from the top of the apron. He made the way inside, Black with Black mess for the win.

Seth Rollins walked down to the ring in Rey Mysterio's mask, Austin and Murphy commenced beating down Black and Humberto, Seth Rollins would have stomp on both the superstars.

We were backstage with Randy Orton who made us believe that there could be two guest at Peep show tonight on Raw.

Christain welcomed Edge in the ring, the mic hit and Edge emerged at the show.

Edge and Christain sit for the straight talk. They both had hot exchange during the interview. Christian, he is very excited for Edge's recent return but to be honest, he thinks Edge is running on fumes. Edge had a surprising look at Christian. Christian said the greatest wrestling match ever, he doesn't even think Edge could pull off in his prime. these are some lofty expectations and Edge is lying to himself if he thinks he can deliver on that. He thinks Edge is buckling under the pressure. Edge says pardon him if this Edge feels a bit different or has some self-doubt. Edge said This isn't the same Edge that used to look in Christian's face to help him when he doubted himself before going out for their matches.

They both stood up, Christian said he knew someone who used to be there for Edge and believe in him - his late mother. She was there for all your big matches and she'll be here for this one even if you think she's not.

"If Edge isn't going to show up at #WWEBacklash, then step through these ropes, and go home right now!" Edge continued to stare him down.

Randy Orton also joined them from the big screen. Orton said the redemption of Edge is over this Sunday at Backlash. Edge said no, it's not!!! and he dropped the mic to make his way out of the ring.

Apollo Crew walked down to the ring, Apollo said "he is very excited to defend his title against the number 1 contender that is going to be between Kevin Owens, Angel Garza, and Andrade. The mic hit and Andrade, Austin with Zalina interrupted him. Kevin Owens attack from behind. Kevin Owens joined the ring for the match.

Apollo Crews was watching them from the backstage!! Angel and Andrade with Double-Suplex, Andrade went for the cover but Garza broke it up, now they started to have trash-talking at the middle of the ring, Andrade shoved Angel and then sent him out of the ring, Andrade followed him back with a big hand to send through the barricade, Zalina Vega tried to split them up but instead got hit, now Andrade and Angel check her out.

Kevin Owens was at the top turnbuckle where he was joined by Angel in order to make Drop, Kevin Owens with a big Elbow to take Angel down and then had jump for the cover, Andrade from behind to break the cover.

Kevin Owens with Corner Somersault Senton to both the superstars, he once again went with Andrade but he got out of the way as Kevin Owens sent himself through the turnbuckle, Angel Garza and Andrade started to take the bout. Kevin Owens from behind with superkick to both, he went on the top rope for Frog Splash to Andrade, he kicked out at two.

Winner: Andrade and the #1 contender for US title at Backlash.

Charlotte Flair was backstage for the interview, she was joined by Asuka Charlotte said do you ever take anything seriously, Asuka with a slap to Charlotte Flair and walked away from there.

Kurth Angle joined Monday Night Raw on the big screen to pick his take for the match between Edge and Randy Orton. Kurth Angle went on to choose Edge as the winner of the match.

MVP joined the ring for having his special guest Bobby Lashley on VIP Lounge but Drew McIntyre instead joined him. Drew McIntyre and MVP had some talk regarding the match between Bobby and Drew.

Drew prepared to have Claymore kick but got inputted by Bobby Lashley. Drew McIntyre took his title and headed out. The mic hit for The Viking Raiders as they make their way. The Street Profits also joined them.

Asuka made her way up to the ring to face off The Queen Charlotte Flair. The music hit and we welcomed Charlotte into the ring.

A big close line and went for the cover but Asuka kicked out at two. She sent Asuka out of the ring. Charlotte Flair flaunted herself in the middle of the ring, Asuka got up but once again Charlotte with a leg kick to dash her down again.

Charlotte Flair followed Asuka, gut this time Asuka with a big hand to ambush her. Asuka back to the ring running shots to Charlotte Flair, Suddenly, we saw The IIconics coming out of nowhere to have taken down Bayley and Sasha Banks, Charlotte Flair stood tall watching them from the ring.

Charlotte caught Asuka for the spine first to the apron, they fought at the edge of the apron with a big boot to take down Asuka, Charlotte brought Asuka back to the ring, she caught Asuka's leg and landed her into the ring rope for the injury, Asuka somehow escaped from there, but she would get an immediate big boot from Charlotte, she went for the cover but kicked out at two, Charlotte Flair went for the Spear but Charlotte FLair knee up to make the knee stick. She went for the cover at two counts, Charlotte Flair with Spear but once again Asuka at two giving shock to Charlotte FLair, She took Asuka into the turnbuckle for the damages, Asuka with a big boot, Nia Jax interrupted Asuka coming out of nowhere.

Asuka sent Nia Jax on the ground with a hip attack but Charlotte Flair with a big boot as she turned back, Charlotte with cover to win the match.

Thank you all the viewers for making in to watch live recap. Follow us on social media to have quick information. 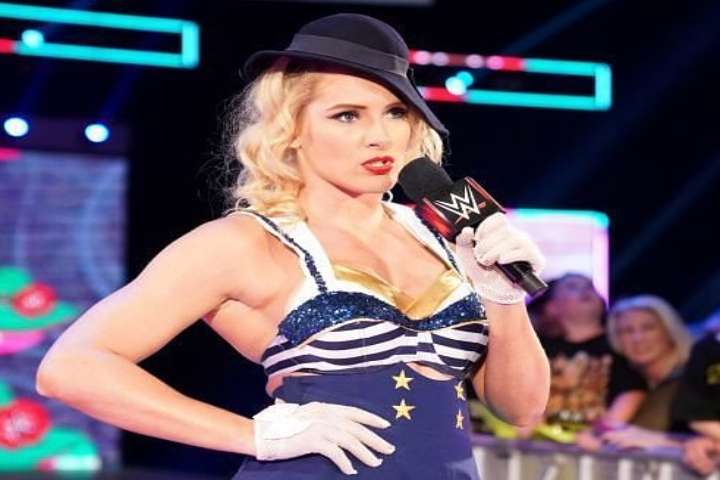 Charlotte Flair Vs. Asuka In A Champion Versus Champion Matc...

Charlotte Flair Vs. Asuka Makes The Huge Impact On The Fans 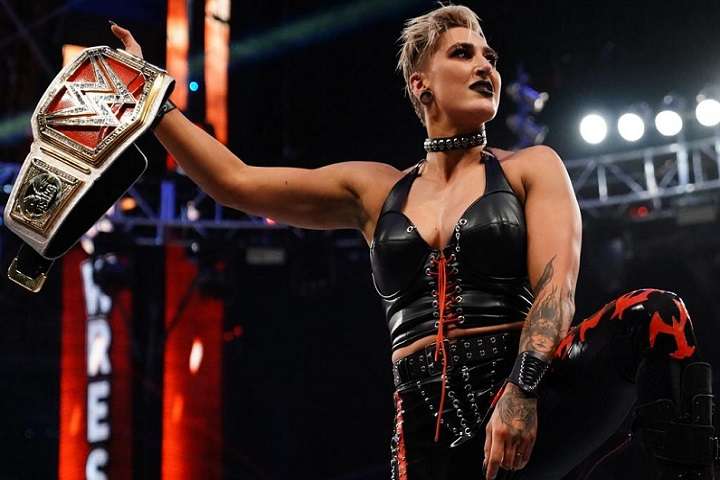