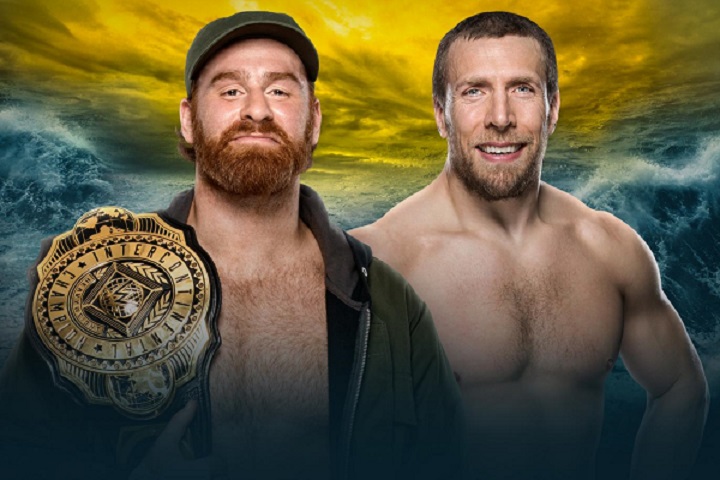 Welcome to Anfostar_ *A lots of comments are surrounding all from Daniel Bryan to Drew Gulak after Drew defeated Nakamura to let Daniel get his hands on Sami Zyan at WrestleMania for The Intercontinental Title match. A week from now Intercontinatle Championship will be defending against Daniel Bryan as Drew Gulak defeated Nakamura in a stipulation match. While, having the match Nakamura got prepared for his move but Daniel made failed by dragging Drew from the ring.

Drew took the advantage and rolled up Nakamura for the pin to win the match. A lot of comments are surrounding all from Daniel Bryan to Drew Gulak after Drew defeated Nakamura to let Daniel get his hands on Sami Zyan at WrestleMania for The Intercontinental Title match.

Roman Reigns Accordingly Out Of WrestleMania 36 Match With Goldberg

Elais is still being evaluated, would he be able to compete against Baron Corbin at WrestleMania

The duo has left an indeed special impression on us with their kind of standability and teamwork. Drew Gualk has shown that he can do to the extent to let his teammate rise high above the circumstances by getting an impressive victory over Nakamura.

This would now lead Daniel to let be the competitor against Sami. Daniel Bryan also took to his twitter to share that He will be facing Sami Zayn for the Intercontinental Title at WrestleMania! Nobody’s gotten their hands on Sami in months: with Coach Gulak’s help, that’s going to change!", "Daniel Bryan added"

Will Daniel be able to cut the short reign of Sami Zyan or he gets defeated? but one thing for must remembering WrestleMania Too Big for Just One Night!.

Click on the link to know WrestleMania 36 Full match card

Stay sticky with Anfostar to have every essential and latest news about WWE.

WWE
Hijo del Fantasma Vs. Drake For NXT Cruiserweight Championship, Yim Vs. Can...